Students showed a wide range of results in their performance in WileyPLUS homework. A substantial portion of the students did not earn a passing grade on the homework assignments, which should have served as an early alert for these students. On the other hand, almost one-quarter earned an A on the homework, and an equal percentage of students earned a B.

The students’ grades showed a great range of performance as the same number earned an A as an F, with an overall average of 2.03 (on a 0.00-4.00 scale). The instructor indicated that this variation is often the case at her community college, but students who engaged with both WileyPLUS and ORION showed much better performance. The students’ performance in WileyPLUS is clearly associated with the students’ overall grade. Those who earned 91+ in WileyPLUS earned an A, while those who performed in the middle range were likely to get a C. The amount of engagement students have with ORION is closely related to their grade. Students who did not engage at all are almost certain to fail, while those who engaged with fewer than half of the exercises earned a C/D. Those who engaged with most/all of the exercises earned a B. 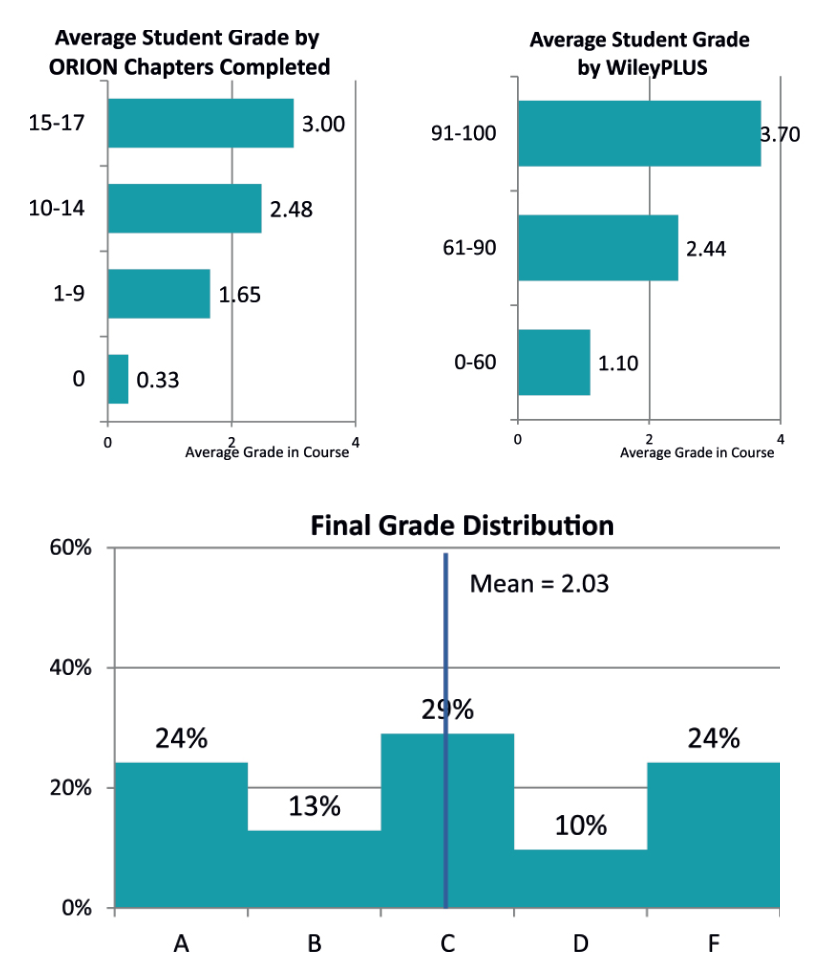 • Student performance varies much more at community colleges, but WileyPLUS with ORION is a strong early indicator of course performance.

• Students who are fully engaged with ORION average a B in the course, while those who do not engage are likely to fail. 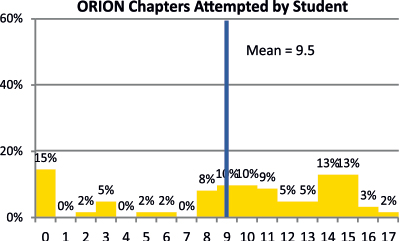